I always liked this article by John H. Kirk. I have had it in my files for years and shared it with many. It addresses an issue that is common with many network marketing (MLM) distributors. Sadly we see it among many distributors who want to build a business with Young Living. There is a daily method of operation that ALL successful Young Living business builders do. The article below helps to get in the right mindset for that. ENJOY!


A lot of people complain that they don’t make money in MLM. I often ask them if they do any follow up to their downline. In most cases, they respond by saying that they don’t have the time and they don’t like talking to people on the phone. These are the people that just show up at their MLM job and expect to get paid. A few of them will luck out because their upline sponsor didn’t just show up, but the vast majority will not make any money. They will immediately start placing the blame on the program they are in. They will immediately say “this program doesn’t work”. WRONG! The reason they didn’t make any money was because THEY DIDN’T WORK!


MLM is different from most conventional jobs because each person is their own boss and each person sets their own hours. They also get to choose if they work or not. Unlike most regular jobs, there is no one to tell them that they have to be at work by 8:00 A.M and can’t quit until 5:00 P.M. They also know that there is a boss or supervisor watching them to see if they’re doing their work. If they don’t do their work, they will be fired from their job. In MLM, you don’t have that pressure of “do it or get fired”. However, you don’t have that salary cap you have on your regular job. Your income in MLM is only limited by the time and work that you put into it.


As a carpenter before I became involved in MLM, I knew that I couldn’t just show up and expect to get paid. I was an independent contractor and I got paid by how much work I did . . .
not to just show up. I had to invest in the tools of my trade, place advertising to get the jobs and spend countless hours of bidding on jobs that I may or may not get. This was time and money spent before I would ever see a dime! Once I received a job, I could only get paid for the work finished. This meant that my paycheck was directly connected to the amount of work I did. Do you know what would have happened if I had just showed up at the job site and did nothing? I had mt tools; had my job to do! Now all I had to do was sit there and wait for someone to pay me to do nothing! It doesn’t work that way and MLM is no different.


The MLM company provides you with the tools (camera ready materials). It provides you with the job (to build a marketing sales force . . . your downline). You have to not just show up! You must mail your circulars. You have to advertise your business to purchase my tools of the trade and place my advertising). This is where most people who fail in MLM stop. No wonder they don’t make money! They haven’t even bid on any jobs yet. The next step is to bid your jobs. This is done by following up with your downline and getting that commitment to work the program. Yes, you will get some “no thank you’s”. I know that I certainly did when I bid for my jobs in construction. On the average I had to bid 10 in order to get one! Now it’s time to go to work! This is where you get paid for your efforts! It’s now your job to stay in touch with the people who committed to you. You must help them go through the same process of getting their tools, placing their advertising and getting their bids (commitments) and getting them to repeat the process to their downline. This process does not stop. If you stopped going to work and doing the job you were hired for on your regular job . . . you wouldn’t have a job or a paycheck very long would you? Why do some people think that MLM is different. It’s not.


I hope that I have given each of you something to think about. In 99% of the cases, when a person blames a “program” or a “company” for his or her failure to make money in MLM . . . you can bet that they just showed up and expected to be paid. 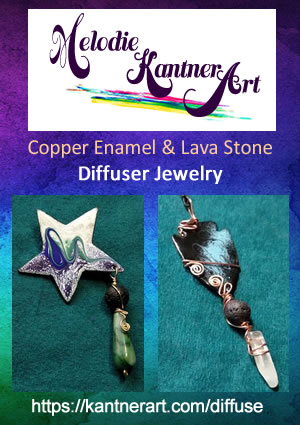